Take a look at this photo from my best friend Janna’s end-of-the-school-year party in the summer of 1966. Can you pick out the freak? It’s really very obvious – to me, anyway. 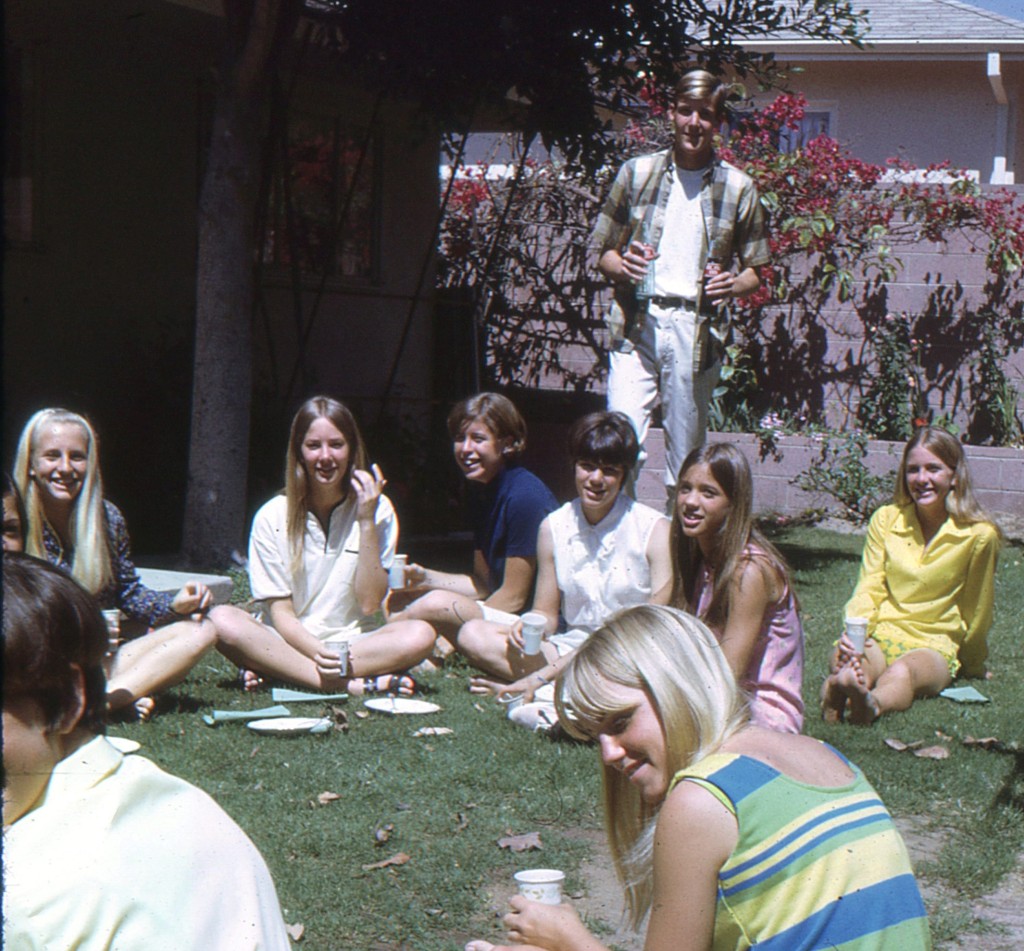 There we were, a bunch of seemingly normal thirteen-year-olds from Riviera Elementary School sitting in the sunshine in Janna’s Southern California backyard, a short walk from Redondo Beach. I remember the warmth of the sun on my skin. I remember Janna’s older brother Clay – tall, blue-eyed, blond, and yes of course a surfer, standing behind us. I was actually acutely aware of Clay’s presence that day, as I was on all days at that time in my life. I had SUCH a crush on him and therefore I was terrified whenever he entered the room or came outside when Janna and I were hanging out. Come to think of it, he came into her bedroom practically every single time I was over, I swear – almost always with some horribly dorky joke – a pun, gahhh – or a riddle to tease us, or sometimes with an offer of food. Sometimes Janna and I would venture out to the kitchen for a snack and there he’d be, leaning casually against the kitchen counter eating ice cream and milk with a spoon from a tall glass, or spreading avocado onto a sandwich.  Clay tried to teach me how to throw a basketball once. What a disaster. I was shaking so much that I’m sure I appeared to have a palsy.  I dribbled slowly and deliberately as if mentally challenged, and I tossed the ball into the air like a weak old blind man. Yes, I was unnerved, but it might be that I was also just a tad challenged when it came to balls and sports. I no longer have the palsy if I try to play a game of one-on-one, but to this day I still dribble and throw like shit, as my daughters will gaily attest. I remember knowing – not wondering, but knowing – that he surely was thinking, “God she’s terrible! She looks ridiculous! This is boring! I really wish she’d go home.” Of course Clay gave no sign whatsoever of any ill will toward me – all those negative thoughts came from straight inside my own head.  It never once occurred to me that maybe Clay was interrupting us and hanging out and wasting his time trying to teach me how to make a basketball fall through a hoop because maybe he liked me. 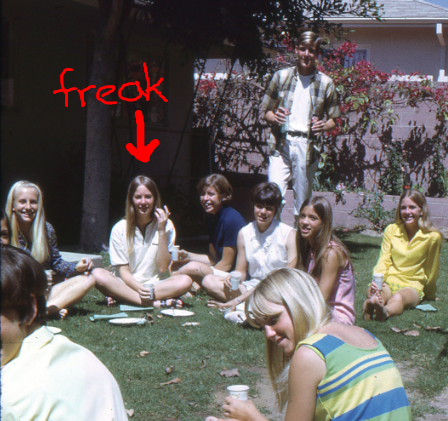 Aren’t we glad and grateful now for the many years we’ve lived since we were 13 and the wisdom that has settled into us from all of our ups and downs, our hard knocks, our surprising discoveries, our moments of stark clarity (usually in hindsight of course), our triumphs, and our grief? And aren’t we glad for one of the most  wonderful lessons we’ve learned along the way – that if we’re feeling it – whatever “it” might be – then guaranteed there are others who’re feeling it too? We are women graced with age, and we know stuff and understand more, and above all we have found out that if we share ourselves with other women, we find that we are not alone. Hallelujah.

Except. Except… are we totally free of the freak within us? Are we really? Have we used our wisdom to give ourselves permission to try and do and BE who we want to be? Or is there still a voice living inside whispering “freak… FREAK” when our thoughts stray to the dreams we have, the “Oh, I wish I…(fill in the blank)” that we’re prone to sigh when we think of things that we did not, could not, or cannot do?

Does the did not, could not, and cannot come from inside you, from your vestigial freak? Are you still withholding permission to step forward into your future – I mean YOUR future – consciously, confidently, and with conviction? Do you still not believe in your right to seek whatever it is that you would seek, were you free to become the ME that you always wanted to be? 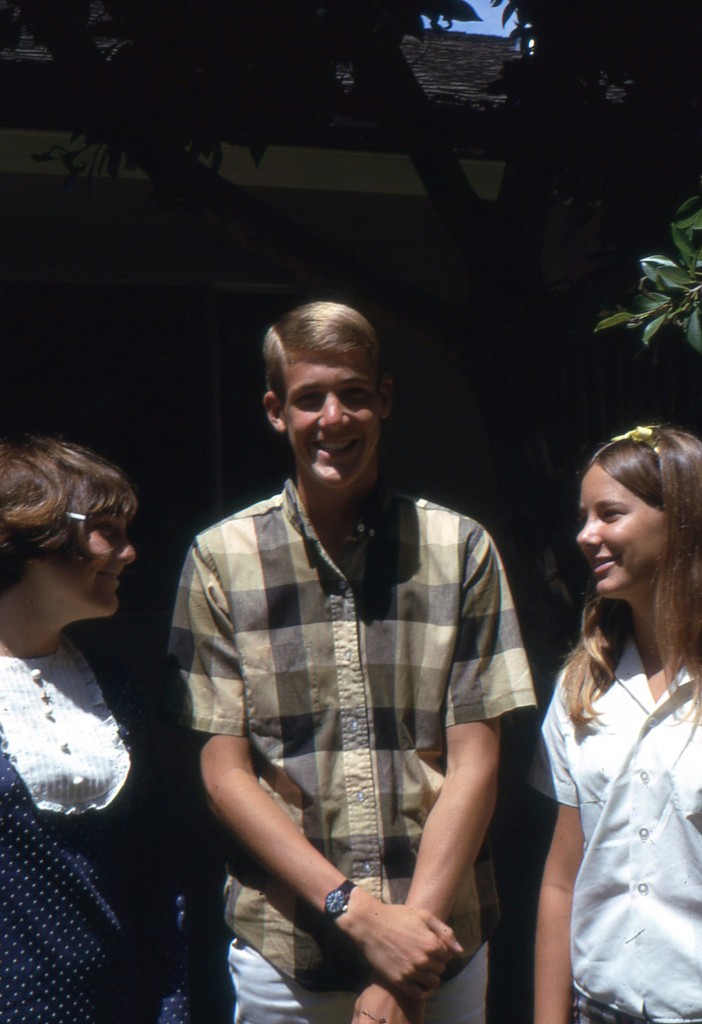 Janna, Clay, and me – standing under a bright blue sky, a freak in our midst

2 thoughts on “Identify the Freak In This Picture”