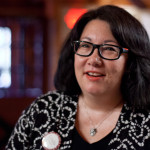 In the 1950 noir classic Sunset Boulevard, all-but-forgotten silent movie star Norma Desmond anticipates a comeback and prepares for the moment the cameras are on her. That premise gave actress Gloria Swanson one of the best lines ever uttered on film: “All right, Mr. De Mille, I’m ready for my closeup.”

How about you — are you ready?

When your moment comes, are you going to resonate . . . or irritate? Will you grab the attention of total strangers? Leave them itching to find out more about you? Convert them into followers, fans, friends? Or annoy them so much that they think, Who is this jerk?

We don’t often realize (until it’s too late) that our smallest, most insignificant habits can be magnified on camera and give viewers a bad impression.

Excluding Oprah Winfrey and Diane Sawyer, every one of us can benefit from guidance on what to do when a national media outlet wants to get up close and personal. Whether it’s a media inquiry, request for an interview or comment, it’s the Holy Grail of Publicity, and you’re the focus. You’ll have the spotlight.

How long that lasts depends on you. (Much of this applies to regional or local outlets as well, but I’m focusing on national exposure to make this crazy-long post a bit shorter.)

The moment that media request arrives, whether by phone or email, the clock starts ticking. There’ll be a deadline, typically a narrow window for radio or TV. If it’s tied to current events, the window’s more like a mail slot; you’d better be on the other side, ready to grab what comes through.

If you’ve never done interviews — or you’ve chatted with a reporter for a puff piece in your friendly weekly alternative newspaper or local magazine — you may think the hard part is getting the interview.

After all, you might argue, I’m just talking about myself, my business, my interests. I can do that off the cuff. How hard can it be?Not hard if all you want to do is talk about yourself. But if your goal is to:

– Craft memorable sound bites that are featured on air

– Attract potential customers/clients/readers/visitors who will search you out later your work has just begun.

Norma Desmond had the right idea. You need to prepare in advance and anticipate every detail when the spotlight is finally on you.

Thirty years ago I accepted my diploma, ran to my car, and barely made it to the radio station for the start of my on-air shift — still wearing cap and gown. I had my first job in media and was serious about keeping it, even if a little thing like college graduation interfered. That work ethic has helped me through many transitions, including the jump to new media.

I’ve had some lucky breaks, going from commercial and public broadcasting for radio and TV stations in upstate New York to writing for the New York Times Company. For five years, they contracted me to produce articles/blog posts for a website that rose to #1 on Google for the search term “women’s issues” and increased page views by a factor of seven. I also have dozens of bylines on MSN.com and MSN Living.

Yet when the Holy Grail landed in my lap not once, not twice, but three times, I still made mistakes. Like:

• The thing I did on NPR’s live midday show “Talk of the Nation” that offended host Neal Conan and probably resulted in my not being invited back again.

• What I said on ABC’s “Good Morning America” that could have been communicated in one-third the words and gotten me more time on camera.

• The story I told the New York Times that still shows up on search and makes me sound like the village idiot.

I’ll share these mistakes — and tell you how to avoid them — at my media training workshop at Women at Woodstock South and West.

Step-by-step, we’ll go through interviews with print, radio, television, and online outlets and how they differ. Every example I share comes from personal experience plus what I learned from top media coaches in an intensive multi-week media training program at the Women’s

Media Center in Manhattan. (Founded by Gloria Steinem and Jane Fonda, it’s the premier resource for women in media and communications.)

Concrete take-homes and essential skill-building tips will help you ace any interview situation (short of facing Bill O’Reilly in the world’s most hostile interview).

You’re coming to Women at Woodstock for a life-transforming kick in the pants. I get it — I’ve attended WAW East since the beginning. One year ago on the last day of the retreat, I did exactly what Ann Vorhees Baker had been telling us to do: I decided to “step consciously into my future” and “declare my new major” as a media coach.

Truth was, I’d been doing this work unconsciously over the previous five years. I’d booked and coached a mother and daughter for an appearance on Fox News Channel’s “Fox and Friends,” prepped an anti-fracking activist for a profile piece with the Associated Press and the UK newspaper The Guardian, advised an Occupy Wall Street blogger on her first big media appearances, and critiqued a Florida journalist’s three minutes on CNN discussing the BP oil spill.

Yet I never considered putting myself out there as a media coach until I sat with a career development expert at lunch at WAW 2013. When I told her about my background, she asked, “Could I hire you to look over my video clips and critique them?” Since then, we’ve worked together to craft a pitch for a network TV series and create a reel of her most effective video clips. Her request, on top of all the inspiration and advice I received as a WAW attendee, was my life-transforming kick in the pants.

Consider this yours. You have the expertise, passion, and drive to be a media resource. You wouldn’t be attending WAW if you didn’t. All you need is guidance on how to:

– Establish credibility and own your authority

– Communicate your knowledge and insight to others

– Prepare for that moment when it comes.

Even if you don’t sign up for this workshop, take the step elsewhere. Commit to your future and do everything you can to be ready for your moment. And trust me. If you’re good at what you do, it will come.