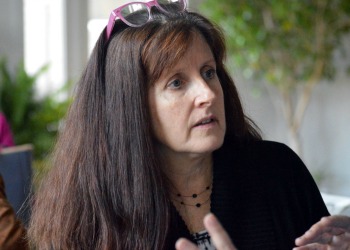 Colleen Geraghty is a published author and a writing coach who has facilitated workshops for women writers in the Hudson Valley for many years. She is certified in the Amherst Writer’s and Artist’s Method.

A member of Wallkill Valley Writers, Colleen’s stories have appeared in Wallkill Valley Writers Anthology 2012 and 2013 and in Slant of Light: Contemporary Women Writers of the Hudson Valley. Her story, “The Beer House,” highlights issues related to child abuse and neglect, and received first prize in the Hudson Valley Writer’s Guild 2013 Short Story Contest. Two of Colleen’s original songs from her Deep Ravines CD, “Hymn for Matthew” and “Nikolay,” have been used by community groups and educators to raise awareness about hate crimes and PTSD. Colleen has also designed the curriculum and taught songwriting for musicians at Dutchess County Community College Continuing Education Program. and she was the coordinator of the very successful 2013 Women Write Conference and the 2014 Celebration of Women’s Voices: Women Writers Past and Present Conference held in New Paltz New York to commemorate Women’s History Month and International Women’s Day. She is also the recipient of Ulster County New York’s 2014 Raising Hope Award for Mentors.

Colleen’s stories and poems are also featured in the Codhill Press 2019 publication of An Apple In Her Hand: An Anthology from The Hudson Valley Women’s Writing Group. The title of the book as well as the first chapter of poems were inspired by Ms. Geraghty’s award-winning sculpture entitled, Ciotóg.

Her story, “Blue Baby,” appears in Slant of Light: Contemporary Women Writers of the Hudson Valley, an anthology that won 1st Prize: 2014 USA Book awards for Anthology and was a finalist : 2014 International Book Awards in the category of Women’s Literature/Chick Lit.

Her poems have also appeared in Voice of Eve Journal, Volume 16 and in the  2019 anthology entitled, Poems from Wellspring, published by Poetic License Press 2019.

She has also been published in Chronogram Magazine, August 2019, and in Psyche Journal.

Colleen will lead The Story Cottage at this year’s Women At Woodstock Writers Retreat, employing the Amherst Writer’s and Artist’s method of writing that supports all genres and skill levels of writers by using a non-hierarchical approach, a diverse array of writing prompts, and constructive feedback based on the Amherst Method.

We’re also thrilled that this year Colleen will lead our Memoir Writing Workshop at the Women At Woodstock Workshop Retreat. Memoir Writing has long been sought after by the women who attend our Workshop Retreat, and we know that, under Colleen’s legendary skills as a guide and facilitator of women writers, this year’s session will release everyone’s creative juices and storytelling skills.